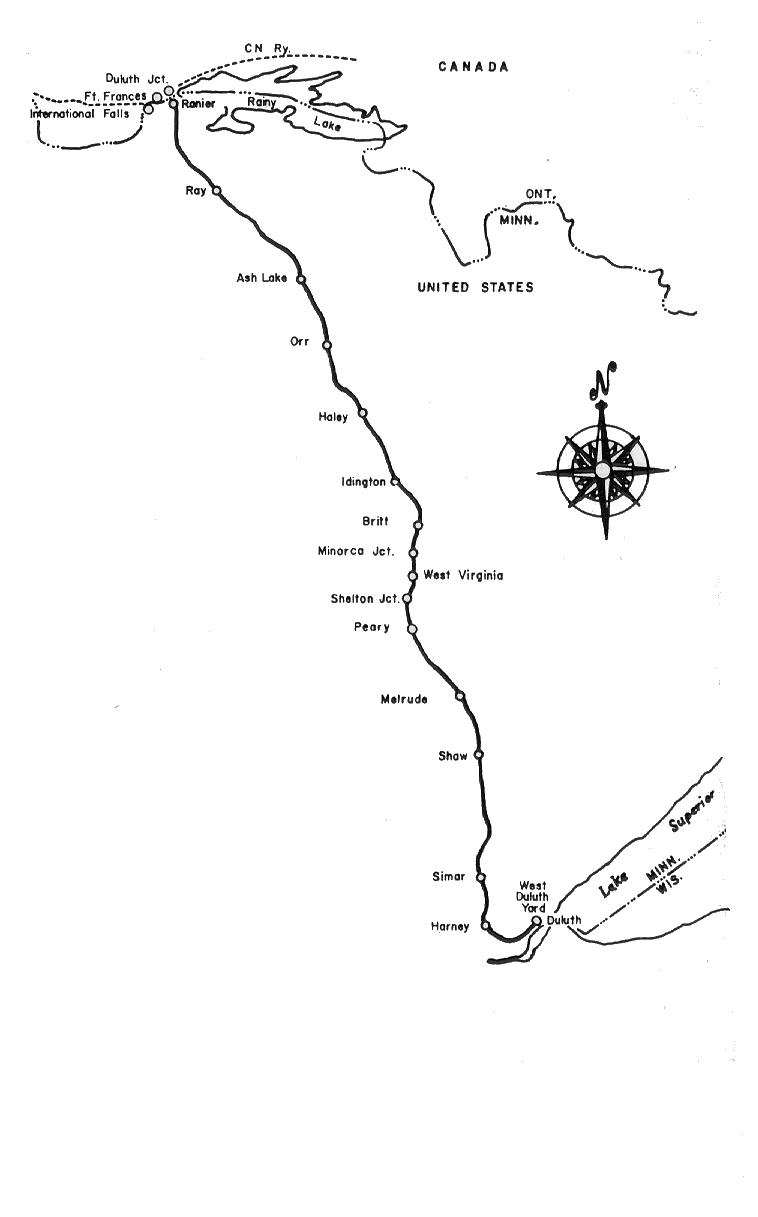 Duluth Winnipeg & Pacific began life in 1901 as the Duluth, Virginia & Rainy Lake Railway. Construction started at Virginia, Minn., and the line was extended to Silver Lake, Minn. The railway was purchased by Canadian Northern Railway (CNoR, one of the predecessors of Canadian National) and renamed Duluth, Rainy Lake & Winnipeg Railway. Construction was then started to provide an interchange with parent CNoR. This occurred in 1908 with the extension of the railway to International Falls, Minn. There, the Rainy River was bridged to provide access to Canadian Northern's mainline from Winnipeg to Port Arthur (part of today's Thunder Bay) at Fort Frances, Ont. In 1909, the name of Duluth, Winnipeg & Pacific Railway was adopted and construction started to achieve access to Duluth. That point was reached in 1912, providing interchange with several US railways. DW&P eventually ran 167 miles from Duluth Junction (CN interchange) to DW&P Junction (Great Northern interchange).

DW&P provided a natural outlet for Western Canadian exports to the US. The majority of the traffic on the line consists of potash, lumber and paper. DW&P has been upgraded during the past few decades to handle increased in freight and 100-car unit-train traffic, with 6,200-foot sidings at approximately 10-mile intervals. Talking hot-box dectors are located at four locations.